The Second Chance That Saved My Life

Are you getting ready for Easter?  I love this time of year, for what it represents and the rich gifts that God gives us even when we don’t deserve them.

Have you ever been a second chance that saved your life?

One man in the Bible reminds me of a second chance that saved his life.   His name was Barabbas and he was a criminal convicted of committing murder in a rebellion (Mark 15:7).

It was during the time of Passover and every year the Roman governor would release a prisoner to the people of their choice (Matt. 27:15).  Jesus had been arrested and was in custody of Roman authorities.  Barabbas was a well-known prisoner among the people.  When Pilate asked, “Whom do you want me to release to you?  Barabbas or Jesus, the people knew exactly who each one was.

When both men were in the judgment seat, Pilate’s wife tells her husband “Don’t have anything to do with that innocent man (Jesus) for I have suffered a great deal today in a dream because of him.”  (Matt. 27:19).

But the chief priests and elders persuaded the crowd to ask for Barabbas and to have Jesus executed (Matt. 27:20).  When Pilate asked, which one do you want me to release?  The crowd shouted, Barabbas! Then Pilate asked, what should I do with Jesus?  The crowd shouted, “Crucify Him!”  Pilate then questions their decision and asks, why, what crime has he committed?  They shouted even louder, Crucify Him!  (Matt.21-23).

Pilate felt so guilty about the outcome he took water and washed his hands before the crowd and said, “I am innocent of this man’s blood” (Matt 27:24).  “Then he released Barabbas to them” (Matt. 27:26).

Can you even imagine this scene?  A prisoner who committed murder being set free!  And Jesus a man who committed no crime under Roman law sent to be crucified!?!?!

I can’t imagine what Barabbas was thinking, I was just set free!  He merely received his freedom by default all because the crowd wanted to persecute Jesus.  I can’t help to think of the parallels in Barabbas’ story.  He was a man guilty of a crime and set free.  He was given a second chance at freedom something he didn’t even deserve!

Barabbas being set free and Jesus taking his place on the cross was a foreshadowing of our future story of what Jesus was going to accomplish for us.  Barabbas’ name actually means “Son of Abba” or father.  How coincidental the meaning of the criminal’s name who was released is the very thing that Jesus is to us, “Son of God,” our Father.

I wonder what Barabbas’s life was like after he was released.  I wonder if he was thankful for his second chance at freedom or if he just reverted back to his old criminal habits?  If I were Barabbas I would have been convicted of the new freedom granted to me.

Jesus someone who was innocent and didn't deserve to die took our place for us instead. Click To Tweet

This whole scene sounds barbaric with the crowd yelling, “Crucify Him!”  In the end, we can point fingers about who was to blame for the death of Jesus.  In reality, it was all apart of God’s plan for us to be set free and forgiven. The only way for us to receive this amazing gift, was for God to sacrifice His only Son for us.

'For God so loved the world that he gave his one and only Son, that whoever believes in him shall not perish but have eternal life.' John 3:16Click To Tweet

Barabbas’s story is a physical representation of what God does for us every day.  How he extends us His mercy and grace, even when we don’t deserve it.  We are all criminals (sinners)  just like Barabbas.  I once was lost but now I’m found.  God’s second chance of mercy and grace has saved and changed my life forever.

We are all given a second chance at freedom, just like Barabbas.

Have you ever been given a second chance that saved your life?  Please Share!

The second chance God has given me has changed my life forever.

You have been set free.  What an amazing and wonderful gift!  Happy Easter! Prayer–Lord, Set me Free from my burdens and the things I cannot control.  Set me free from anything weighing me down not allowing me to live how you designed me to live, in freedom.  I love you and praise you, God.  I thank you, God, for sending Jesus to take my place even when I didn’t deserve it.  Thank you for giving second chances. Forgive me of my sins.  You have set me free, Lord.  Thank you, in Jesus name.  Amen

I would love to hear from you!  Leave Your Comments Below.  I pray your week is filled with God’s abundant freedom!  ​In Him,

I also link-up and can be found on the following sites: 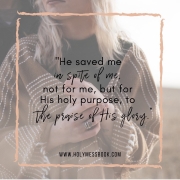 Have You Ever Been a Holy Mess? Interview with Michelle Rabon's New Book: Holy Mess

Breaking the Cycle of Prayerlessness 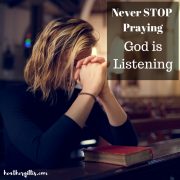 What to Say When You Don't Know What to Pray 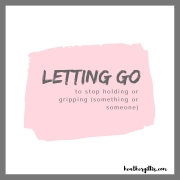 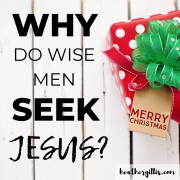 Why Do Wise Men Seek Jesus? 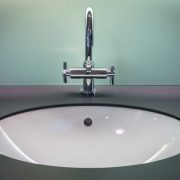 Vacuum lines, Bleach in the Sink and Jesus 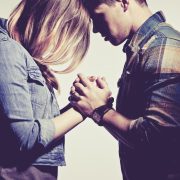 A Prayer for Vision 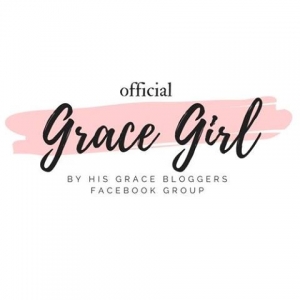 Do You Know What You Need?

What Were The Most Powerful Words Ever Spoken?
Scroll to top